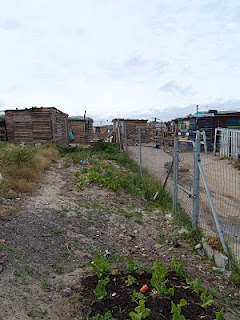 As the world's senior scientists have warned, the industrial era paradigm is now generating far more problems than it is solving. The only way the human family can understand and solve these problems is by shifting to a larger paradigm that includes the entire Earth as a living system. Such a transformation seems to be underway. Peter Drucker, the well-known management expert, is just one observer who believes that the western world is undergoing a paradigm change:
"Every few hundred years in Western history there occurs a sharp transformation. Within a few short decades, society -- its world view, its basic values, its social and political structures, its arts, its key institutions -- rearranges itself. And the people born then cannot even imagine a world in which their grandparents lived and into which their own parents were born. We are currently living through such a transformation."
"As pervasive as the communications revolution is, it seems to be taking place within a larger and deeper revolution in consciousness and culture. We are living in a time of paradigm shift. What should we call the emerging paradigm? In this report, we are calling it the "reflective/ living-systems" paradigm or perspective. This name incorporates the two primary features of this perspective. The first is our growing capacity for self-reflection. ...A second hallmark of the new consciousness is its 'whole-systems' or 'living-systems' view.
"...in the emerging perspective, seemingly empty space is not empty, but filled with immense amounts of energy. Our cosmos is seen as a living, unified system. This new paradigm moves from a view of separation and isolation to one of profound wholeness and interconnection. At a fundamental level, people are viewed not as separate beings, but as intimately involved with one another in the deep web of life. If everything is intimately interconnected, then the quality and integrity of all kinds of relationships are of paramount concern. A natural expression of this paradigm is to bring into balance all the key relationships in our lives -- inner and outer, masculine and feminine, personal and global, intuitive and rational, and more. This perspective tends to bridge differences, connect people, celebrate diversity, harmonize efforts, and look for higher common ground. 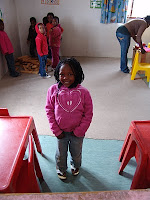 A reflective/living-systems orientation brings a unifying approach and offers hope in a world facing deep material, social, and spiritual fragmentation."

Duane Elgin is an internationally recognized speaker, author, and social visionary who looks beneath the surface turbulence of our times to explore the deeper trends that are transforming our world. In 2005, Duane received the Japanese “Goi International Peace Award” in recognition of his contribution to a global “vision, consciousness, and lifestyle” that fosters a “more sustainable and spiritual culture.” His books include: THE LIVING UNIVERSE: Where Are We? Who Are We? Where Are We Going? (2009); PROMISE AHEAD: A Vision of Hope and Action for Humanity’s Future (2000), VOLUNTARY SIMPLICITY: Toward a Way of Life that is Outwardly Simple, Inwardly Rich (1993 and 1981), and AWAKENING EARTH: Exploring the Evolution of Human Culture and Consciousness (1993). With Joseph Campbell and other scholars he co-authored the book CHANGING IMAGES OF MAN (1982). In addition, Duane has contributed chapters to sixteen books, and has published more than seventy articles.
Posted by Neil Douglas-Tubb at 9:04 AM